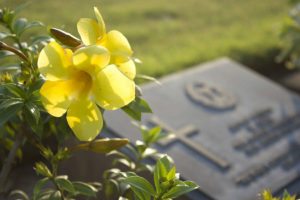 Suicide is the result of inaccurate thinking or a form of mental illness. If an individual was thinking clearly, they would not choose a self-inflicted death.

Death of any type, no matter the cause, creates grief. Grief is natural and normal. If you loved big – you will grieve big. It is a balanced scale. You can’t cut to the front of the line to avoid the sense of loss and bereavement. God designed us to emulate his feelings of grief as he grieved his son Jesus’ death.

Suicide, however, creates a unique grief experience for the survivor.

You may know someone who looks normal – appears to function in society and with normal activities and yet is being treated for cancer or heart disease. Invisible on the outside – but life threatening on the inside. The process of suicide is often the same. The loved one appears to be coping. Perhaps in the days and weeks before their death they actually demonstrated a sort of happiness that is processed by the observer as “getting better or doing OK” if previously there had been depression or other signs of distress. Then, a phone call or a discovery that life has ended. Life ended at the hand of the loved one.

One way to understand the conflicted reaction is to take the reaction we feel when we hear of a perpetrator who walks into a church or retail location and kills innocent bystanders. We feel compassion for those who died. We feel anger or even rage toward the perpetrator. Suicide present the dilemma. The perpetrator and the victim are the same person. How do you to come to terms with the compassion and the rage felt at the same time? The conflicted feelings make grief recovery more difficult for those who are the survivors of a suicide.

Those who work in the field of grief and grief recovery often list the driving forces of suicide as due to either physical or emotional pain. That pain is so severe that suicide becomes a solution to end the pain. For those who have taken their life or consider taking their life, they come to believe that those around them would be better off without them. They believe that suicide will solve a lot of problems. It is often seen by the survivor as a selfish act, but in the mind of the person who takes their own life, it is a relief for them and others. They generally believe that their death, although difficult for the loved ones around them, will enable them to move on and that they will recover from the loss. The thinking becomes irrational. They are suffering from a form of mental illness which justifies irrational acts. This thinking is like the cancer patient, it is invisible to others.

They often camouflage the irrational thought very well. They are convinced that their irrational thought is normal – even a brilliant path to solve a problem. Some will visit loved ones to say in their own way, good bye. Some will take their life because the need to escape the pain that they are feeling is so overwhelming that once the decision has been make the quicker the better. The rational thought of “No, this is not right” does not enter into their thinking. Generally adults plan for the suicide. Teens, however, may take their life on an impulse because they don’t have the life experience to know that whatever the problem that seems so huge now, can be resolved. Consistent messaging to a teen of their value and that nothing in life is ever so serious that taking their life is the solution are critical assurances they need to hear often.

We can cope better with s new understanding of the journey that grief presents. What does the Bible show us about grief? How did God model for us the process of grieving?

In Matthew Chapter 27, we find a description of the events which occurred when Jesus died. It got dark, there was an earthquake and the curtain in the temple was torn apart. These are the descriptions of those who feel profound grief. The darkness is the deep sadness. The earthquake is when life seems to collapse all around the griever. One must burrow out and start to reconstruct life in a new chapter. Then the fabric of our daily life is torn apart. The thread that was that person, has abruptly been snipped and a hole has occurred in our pattern of living. God is very direct about inviting us to live abundantly when we trust in Him to walk through the valley of the shadow of death. We move to a place that is new and begin to see the pathway to contentment.

The next phase of the biblical description is the Sabbath. The Centurion pierced Jesus’ side to be sure he was dead, so that his body could be buried. The urgency was that the Sabbath begins today, as it did during Jesus’s time, at sundown on Friday night and ends at sundown on Saturday. During that time there is no work done, it is a time of rest and reflection and worship. God calls us to take the time in our very busy routines of living, to rest and reflect on how life will move forward after a death. What will death, this suicide become within me? Will I be bitter? Will I be resentful? Will I feel guilty? Or will I reconstruct my life to choose to forgive? Will I invest myself into the lives of others and demonstrate with energy, the love I feel for them?

The final piece of God’s Model is the resurrection. The time of new beginnings as life takes on contentment. Just as so many people in the Bible were transformed by certain events, the survivor can be transformed as well. Building the bridge to contentment takes bold elements that demand equal energy.

Cry and weep often. Tears of grief have different toxins than the tears from an injury. Cry because that expression is actually an outward sign of the depth of loss. If you feel that you can’t stop once you the crying begins, use a timer to control the length of time spent crying.

Write about the loss. Sometimes that is a journal, or poems or letters saying all the things that were unspoken, but need to be expressed. Finding a place to “dump” the emotional buildup that has accumulated in the loss. Write often. Especially if sleeping is difficult, write to release the ongoing emotions that seem to build up during those long night hours.

Think about the loss. Not in terms of why, but in terms of how you can choose to respond to the loss. How will I redefine my life to love and support others? How will a new chapter begin in my life? How will I risk loving again when this painful event has caused such anguish?

Talk to someone who will not offer solutions nor be judgmental.  Talk about the loss and the emotions that surround the loss. Talk about the new beginnings that are in life ahead. Don’t believe as Sigmund Freud did, that love stops flowing between you and the person who is gone. That love takes on a different intensity and form but still exists. Don’t try to forget them. Speak their name. Remember them with compassion and realize the value that they held in your life.

Pray daily. Ask God to lift the burden of grief, loss and confusion. Ask Him to fill your soul with sweet memories and forgiveness. Turn over all feeling that stop you from living in joy and contentment by simply saying. Lord, help me to feel your presence. Heal my wounded soul and lift me with new direction toward the path of abundant life. I trust you Lord. Amen.