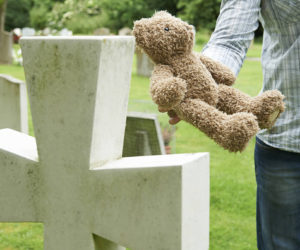 In October of 2005, my nephew, Jacob Holliday passed away at the tender age of four. We knew the prior two weeks up to his death that he was in a battle for his life. However, nothing can prepare you for the phone call from a loved one and the words, “the doctors have told us this morning that they are out of options. You need to get to Nashville asap.” Time stood still and it felt like my heart did too. I will never forget it as long as I live. I had to let my boss know I had to leave and take my bereavement time and any additional time deemed necessary. I initially knew he wasn’t going to be a man of great understanding and empathy when he asked when I would be back. This would later prove to be a small indicator of bigger frustrations to come.

My father and I drove from Dallas to Nashville the day of October 20, 2005. When we arrived, we went straight to the pediatric ICU and saw my brother, his wife and our dear Jacob in their arms. He was still alive on a respirator and I was taken aback by how much the cancer had physically ravaged him. It was obvious Jacob had battled hard but that the cancer was relentless in defeating his body. Jacob didn’t have much time. My sweet brother was so gracious in his greatest moment of despair and grief. He allowed me to hold Jacob and have some Uncle David time with him. I told Jacob how much I loved him, how much joy he had given me and all of our family in his short four years. And I also whispered in his ear that I would see him again someday soon. With that moment of sadness and letting go of him ripping at the very core of my soul, I handed him back to my brother and said goodbye to Jacob.

As I departed Jacob’s hospital room, two doctors walked past me and into Jacob’s room and told my brother and his wife, “we think it’s time now so Jacob doesn’t have to be in pain anymore.” I will never forget hearing the cries of my brother and sister-in-law when Jacob took his last breath and departed this world. Not only was the pain of realizing what was taking place unbearable, but also the pain of wanting to take that pain away from my brother whom I love so very much was sucking the life out of me. Big brothers aren’t supposed to let their younger brothers get hurt. This was something I had no control over and it was pain beyond anything I had ever experienced. I was completely grief stricken.

After Jacob’s memorial two days later on a Saturday, my brother asked me if I could stay a week with him. I said of course, knowing I had accrued 5 weeks of vacation sitting in my PTO bank. So, I called my boss and got his voicemail and advised him that I would need 4 additional days of vacation time to be with my family and provided the specific day of my return to the office. I never got a response or call back even after I had called two other times to ask that he call me back. I thought he was giving me space and allowing me time to be with family.

Fast forwarding to the day of my flight home, I embraced my brother and didn’t want to let him go. How is a person supposed to depart their brother when he has lost his first-born child? I didn’t want to leave him at all. I wanted to be there and never leave him but I also had my wife and 5 month old baby girl who I missed to return to. I also needed to return to my job. My career. The place where I had been putting in 80 hour work weeks called in on weekends for emergency situations and traveled 3 weeks out of four. I was the “go-to” guy for my boss. Need a problem solved at the office in Florida? Send David out there. Need someone to present a powerpoint on process in Nevada? Send David. I did everything and anything to build my career and work up the mystical “corporate ladder.” I hardly saw my family the last 12 months. I needed them more now than ever.

On Tuesday, November 1st, I walked back into my office for the first time since I departed for Jacob’s passing and memorial. It was surreal. I was in a fog. As much as I cared about my career and job, it hit me just how meaningless it was in the big scheme of things. Titles, bonus money, reputation. Who cares? I lost my nephew. However, I felt God’s presence as I had spent much time in prayer that morning before going into work.

As I made my way to my office, I saw my boss and said hello with a smile and said, ‘it’s good to be home.” He replied, “I need to speak with you in 10 minutes. Meet me in my office.” Having worked closely with this gentleman for some time, I knew something was wrong. I felt acid in my throat, my heart rate increased and I had a sense of impending doom. I told myself it couldn’t get any worse than what I had already been through. So, I took a deep breath, prayed to God to give me all the strength and wisdom for this conversation and I prepared for the worst. I am glad I did.

My boss opened with, “David, glad you are back.” “Me too”, I replied. Then he came with what was really on his mind. “However, I am really surprised and disappointed that you decided to take vacation time on top of your three days bereavement. I needed you here.” Silence. I waited…..and waited. My voice of reason, who I am convinced, was the Holy Spirit, told me to hold on and refrain. Inside, I wanted to jump across his desk and smash his face in. Anger took over inside me like a dam ready to break at all costs. Pictures of Jacob and his death ran through my mind, my brother’s heartache and my own pain ran through my mind as my boss says, “I needed you here.” I felt the gravity of the situation and knew this moment would define the short term and long term future of my career.

“Any thoughts?” my boss said, insisting on my overly due reply. I said, “Sure, I have lots of thoughts going through my mind.” “Such as?” my boss asked, taking a condescending and authoritative tone now. I replied evenly and firmly, “I have thoughts in my mind of saying goodbye to my cancer-ridden nephew and trying to comprehend why it is that you think you have entitlement of dictating where my presence is in a moment of such magnitude for my family. In addition, I would suggest that you formulate and decide where exactly you want this conversation to go and what you hope to achieve in it.”

His face whitened some and as I saw that I had pierced his false arrogant sense of authority, I reaffirmed, “If there is anything I would do different, it would be that I didn’t take enough time. This conversation has no more meaning for me unless you have something else.” Conversation closed. Final. Done. His silence was golden. As I walked to my office, leaving my boss exposed and contemplating his own moral compass, I turned to God and thanked Him for the strength and words he gave me.

That day would certainly not be the first time or last time I would call on God to see me through this storm of life. You see, I carried the anger and resentment of what was said to me in that office for years and it tore me apart. When I chose to give God all of my hurt, anger, pain and resentment, he took it away. I felt his embrace and peace that passes all understanding. Instead of being angry at my boss, I prayed for him. I hoped that maybe he would turn closer to God and be made aware of his own shortcomings. All I did know is that God was working through me that day and I am forever grateful. The words Jesus said as He was dying on the cross, “forgive them Father, they know not what they do” is and will always be an example of real love for me to show others even when life strikes us down to our knees. Amen.